Highly regarded for her innovative approach to programming, Marina Alexander founded The Arcadian Chorale in 1992, and has since guided its musical and organizational development. Under her leadership, the Chorale has established a reputation for excellence.

In the Spring of 1995, Ms. Alexander was also named Musical Director of the Richmond Choral Society in New York City, and presently serves as conductor of that 70 voice ensemble. Leading both choruses, she made her Carnegie Hall debut in November 2002, conducting Dvorak's Te Deum. At that same performance, she led the choruses and orchestra in the World Premiere of her orchestration of Bainton's And I Saw A New Heaven. Her ensembles joined forces again in May 2004, making their debut performance at the New Jersey Performing Arts Center (NJPAC) singing Mahler’s Resurrection Symphony. In May 2018, Ms. Alexander lead both groups at Carnegie Hall once again, performing Otto Olson's magnificent Te Deum and Arnesen's Norwegian Alleluia with its World Premiere orchestration.

In 2004, Ms. Alexander was named Music Director of the Metropolitan Greek Chorale inManhattan and has performed works from both the Eastern and Western traditions with that ensemble, including premieres of works in the Byzantine style and several of her own compositions. 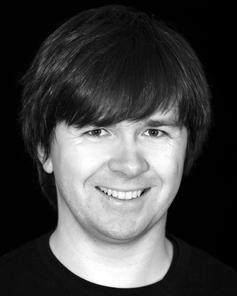 Known as a scholar and translator, Marina produces many new editions of choral music, including the world premiere of an English singing version of a lost "Ode to Joy" by Tchaikovsky, the 2nd  ever performance of that piece in the US. For presentations of Mozart's unfinished Requiem, she composed a completion of the "Lacrymosa" in the style of Mozart.

Ms. Alexander is also Adjunct Assistant Professor of Choral Music at the College of Staten Island-CUNY, where she also teaches Conducting and Music History. She leads open sings for her own ensembles, as well as The New York Choral Society, and has appeared at Lincoln Center for the National Choral Council's annual Messiah Sing.

Ms. Alexander holds a Masters Degree in Conducting from the Oberlin Conservatory of Music, where she studied with Dr. Daniel Moe, and was subsequently invited to teach there as Interim Director of the Department of Choral Music. She also earned a BFA in Stage Directing for Opera, and then worked with opera companies and festivals both here and abroad. These include the Santa Fe Opera, New Jersey State Opera, Academy of Vocal Arts in Philadelphia, Lake George Opera, and Corfu International Music Festival.

An advocate of arts education, Ms. Alexander has served as an adjudicator for the New Jersey Teen Opera Festival, the Monmouth County Arts Council's Teen Arts Festival, and the Sights & Sounds Arts Festival of the Greek Orthodox Churches of NJ. She teaches conducting privately, and often appears as a clinician and guest speaker at choral workshops and music festivals. She is also a founding Board Member of the NJ Choral Consortium and its current President.

Ms. Alexander has been nominated by Fleet Bank for its Small Business Leadership Awards, and been honored by the Business and Professional Women of Staten Island as a “Woman of Achievement.” She was also chosen by the Daughters of Penelope as their “2011 Honoree for the Salute to Women,” as "a woman who is Greek or a Philhellene that has achieved a high level within her profession and is an excellent role model and an inspiration to all, men and women alike."

For more information on Ms. Alexander's compositions and activities, please visit her website:

Ruslan Oditsov is an accomplished pianist and Music Director. In his native Ukraine, he studied at the Special Music School for Gifted Children and the Kharkov Institute of the Arts. In 1993, he was the winner of the All-Ukraine Rachmaninov Piano Competition. Upon arriving in the US, he completed his BA in Piano Performance at Rowan University, and then won the New Jersey MTNA Piano Competition in 1995 and the Rowan University Orchestra Concerto Competition in 1996.

Mr. Odintsov has performed solo concerts in Ukraine, Russia, Belarus, France, Germany, and USA, and has appeared on Ukrainian State TV and Radio, as well as performed with two major Ukrainian Symphony orchestras. As an accompanist, he has worked with the Rowan University Concert Choir, Philadelphia International Music Festival, Opera Seabrook, and many professional solo artists.

Active as a Musical Director in musical theater, Ruslan is also a five-time NJACT Perry Award nominee for 2006, 2007, 2012, 2015, and 2017 seasons in the Outstanding Musical Direction category, directing productions for many regional theater groups. Productions include The Secret Garden, Miss Saigon, Jekyll and Hyde, and Seusical —the Musical!

Mr. Odintsov also is an expert Videographer and Audio Engineer, recording and editing footage of many concerts, plays, and musicals. He teaches piano privately, and also coaches musical theater and opera singers. He is currently an organist at the Memorial Baptist Church in Salem, N.J., and has been playing for The Arcadian Chorale since 2012. 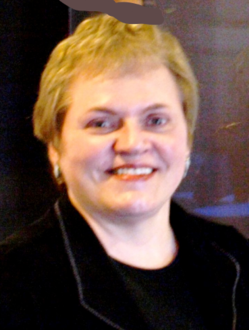 A Passion to Sing!